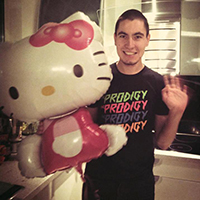 I was never a big reader. I read what I had to. That’s probably because of rewards for reading that were given to us as kids, but we’ll get to that later. I read a lone book here and there if it was recommended multiple times and it sounded enticing. But I never read a lot.

This all started to change when I started running and ran out1 of podcasts, so I (reluctantly, I might add) gave audiobooks a try. I was hooked immediately. I started “reading” more and more, and my Want To Read bookshelf on Goodreads got larger and larger.

So, naturally, people started asking me for book recommendations. And while I read a ton more nowadays, the Top 5 list has mostly remained unchanged. This summer I decided to reread all the books on the list to see if it’s my nostalgia keeping them there or if their place is truly justified.

I’m delighted to say that they all measured up to the hype, and many of them gave me new insights I have either forgotten (or missed) on the first read. However, I did make one change to the list but don’t worry, the post includes honorable mentions as well.

1. Punished by Rewards by Alfie Kohn

This is an absolute eye-opener of a book. It was mind-blowing the first time I read it and it was equally mind-blowing all these years later. The main point of the book? Rewards don’t work. Read that sentence again. I know what you’re thinking: WTF, of course they work. Well, turns out, they don’t. Not if you want anything but short-time obedience2.

It’s insane how much evidence and research there is on long-term ineffectiveness of rewards. Yet most of us still hold the belief that when the rewards don’t work, it’s just that they were set up wrongly. If only the incentives were different, then we’d get the results we want. No one ever stops and ponders the validity of the claim that rewards work.

Which is bizarre, since most of us tend to agree that punishments don’t work. But rewards are just the other side of the same coin. Think about it: the last time when you didn’t get a reward you were promised - it felt like a punishment, didn’t it? Or, to put it in simpler terms, what’s between a carrot and a stick? A donkey. Do you want to treat your kids/employees like donkeys? I sure hope not.

Please, do yourself a favor, and read this book. If you only read one book from this entire list, please make it this one. Please.

2. A Guide to the Good Life by William B. Irvine

Most likely the book that had the biggest effect on my life in the past several years. It explained the stoic philosophy in simple terms. It made a valid point that one should have a philosophy of life. It doesn’t matter what it is, as long as you have a set of values. Otherwise you’re just wandering around, living day-to-day, and then wake up one day with that scary thought: what the hell am I doing with my life?

After reading this I read a lot of books from Seneca, Marcus Aurelius, Epictetus, and the bunch. It’s, at the same time, insane and awesome how so little has changed in over 2400 years. They had the same problems we have and they developed several practices on how to navigate them. Many of the them resonate with me and I’m trying to live a better life by following them.

And it works. I’m happier, less stressed, have a more positive outlook on life, problems disturb me less,…3 I’m not saying you have to follow stoic philosophy. But you should have a life philosophy you follow. And this book is as good of an intro as any.

3. Why We Sleep by Matthew Walker

Speaking about books with a huge effect on my life - this one will change how you view sleep forever. Supported by tons of data and research Matthew explains how we’re harming ourselves, and everyone around us, by skimping on sleep. This quote from the book should grab your attention:

Scientists have discovered a revolutionary new treatment that makes you live longer. It enhances your memory and makes you more creative. It makes you look more attractive. It keeps you slim and lowers food cravings. It protects you from cancer and dementia. It wards off colds and the flu. It lowers your risk of heart attacks and stroke, not to mention diabetes. You’ll even feel happier, less depressed, and less anxious. Are you interested?

4. Rework / It Doesn’t Have to Be Crazy at Work by Jason Fried and David Heinemeier Hansson

Rework was probably one of the first business books I read. It’s very approachable and you should read it even if you couldn’t care less4 about business books. It’s short, with big fonts, lots of illustrations, and short straight-to-the-point chapters.

It Doesn’t Have to Be Crazy at Work came out a short while ago, but it’s written by the same authors, in a similar style, to convey mainly the same points, but with some extra fermentation.

It’s hard to recommend one or the other since, while there is a lot of overlap, they each make some points that the other one doesn’t. And they are both short. And great. It’s hard to imagine a business (or an individual) who wouldn’t benefit by following the spirit of Basecamp presented through these books.

This is the latest addition to the list. Technically you could say it’s a business book but it’s anything but. It focuses on the story of Patagonia, and how they kept it private, profitable, and as good for the planet as possible. While I disagree with some of the later points in the book5 pretty much everything else is pure gold.

We should buy fewer things. And when we do we should buy better, longer-lasting, things. We should reuse things. There’s this Dieter Rams’s quote that comes to mind: Weniger aber besser6 and I have a blog post idea just on that. But until then this book should convey well what I have in mind.

So, that’s the Top 5 which I believe everyone should read. Now for the honorable mentions7:

Entertaining. Interesting. Mind opening. They followed it up with several other books which weren’t as good and an excellent podcast.

The Design of Everyday Things

UX is hard, m’kay? This book tries to convey how to do it better.

Ever heard of Silk Road? This is the story behind it all. Fascinating.

Habits are both the best and the worst part of being a human. This book has some great insight into how to build good ones.

Land of startups and unicorns. Hilarious yet depressing at the same time.

The story behind Nike. If you wouldn’t know the result which is the huge corporation that it is today, you would think they wouldn’t make it. Several times. An amazing rollercoaster ride.

How to negotiate better. By a former international hostage negotiator for the FBI.

Ego Is the Enemy

The title says it all. Amazing book by one of my favorite authors - Ryan Holiday.

How to treat your significant other like they deserve. We don’t all respond to the same love language, but there seem to be 5 distinct ones. While there are some religious undertones in the book, I still found a lot of value in it.

The world around us might seem bad. But it’s better than it ever was. Supported by data. Lots of data. Book by Hans Rosling, who you might know from the best TED talk.

And, for the end, my favorite audiobooks that really shine in this format because of the narrators.

Scott and Jenny Jurek tell their story about the 46 days on the trail trying to break the speed record for the Appalachian Trail. They took turns both in writing and in narrating the chapters. The result is one of the best audiobook performances ever.

As a kid of a black woman and a white man under apartheid law in South Africa, Trevor Noah had a rough childhood. To say it mildly. But hearing the story through his voice makes the audiobook version truly special.

Aziz at his best. The book and the way he narrates it. Dating in the 21st century is rough, am I right?

I hope you pick some of these books up. And if you do, let me know what you thought of them!